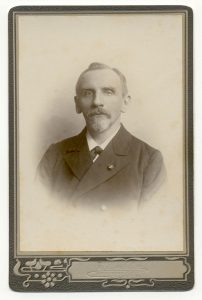 Stichting Oosters Instituut (‘Foundation The Oriental Institute’) is a chartered charity under Dutch law, established in Leiden, The Netherlands. The Oosters Instituut was founded in Leiden in 1927 by friends, colleagues and well-wishers of the Dutch islamologist Christiaan Snouck Hurgronje (1857-1936) at the occasion of his 70th birthday, which marked his retirement from active academic life. The foundation was originally meant to stimulate and co-ordinate scholarly and academic initiatives in connection with Oriental studies in The Netherlands. The foundation’s initial capital came from gifts made by friends, colleagues and well-wishers of Christiaan Snouck Hurgronje in The Netherlands, the Dutch East-Indies and abroad.